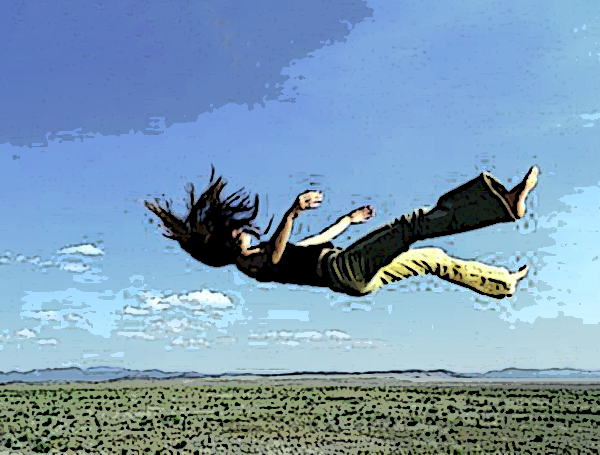 My colleague’s faces changed from looking interested to very concerned.

Suddenly, near the end of my report to my colleagues in the office, I felt something happening in my body. There was a pain I had never experienced before. It felt like a tearing in my upper chest and neck all the way up to my jaw. This pain was not unbearable but it frightened me as it was so unfamiliar and did not go away. It took some courage for me when the pain started to get over the initial embarrassment to have to tell my colleagues that I felt unwell and needed to lie down.  One of my colleagues told me later, that she had noticed that I had suddenly turned bright red in the face. I had also felt heat rising to my head. Soon, I started to feel dizzy and very quickly I was beyond caring much any more about what my colleagues might be thinking of me. They were concerned, yes, but nobody realised at first how grave the situation really was, Until then, they had only known me as a cheerful and positive person, full of energy, hardworking and very fit.

However, my body was, at that time, well on its way to shutting down for good. The inner layer of my ascending aorta very close to the heart had ruptured and blood was no longer being pumped from my heart up the aorta to supply all my organs, including my brain. A good portion of it was flooding the new opening between the aorta layers, dissecting the walls more and more. While my heart continued to pump the blood, the amount of blood going the wrong way increased dramatically. The dissection was spreading and had already also affected the major artery to the brain which is connected to this section of my aorta.  My brain was therefore receiving less blood. On the lower side of the rupture, closer to the heart, blood pumped up through the heart valve could no longer move up as the dissection was widening and blocking the way. The pressure opened more of the rift between the aorta layers, flooding the blood back down toward the heart, affecting the function of the heart valve.

We have a small 2 seater leather couch in the entrance area of our 3rd floor office level, where the meetings take place. This is where I lay down with the help of some of my colleagues. The meeting had abruptly ended with me falling ill and some stayed on for other discussions and some went back to their work spaces unaware of how close I was to death already. 3 of my colleagues sort of assigned themselves to stay with me and support me the entire time. I was not left alone at all with my fear and pain and that felt extremely comforting for me and reassuring.

Soon, I started shaking and feeling very cold and fearful. I was covered with someone’s warm winter coat to try and keep me warm and the window was opened for fresh air.  At that time, it seemed to me that everything started to happen in slow motion and time seemed to pass differently. It was apparently not long before one of my colleagues called an ambulance, which arrived very quickly. Although conscious the whole time, I felt continuously stranger and most of my pain was in my jaw when speaking rather than anywhere else and I was glad when the ambulance arrived with the medics. I felt fully conscious but was deteriorating

I can remember that I felt concerned for my health, but only to a degree. The panic was gone and I felt somewhat removed from the happenings around me and started to float rather happily with a feeling of disengagement and surrender.

I remember asking whether I had suffered a stroke because I could not tell certain details, like the name of my GP and I could no longer respond in German. But I was told “no”, it was not a stroke and the medic was apparently not sure. But whatever the response would have been, my concern would not have been very high. I did not ask what the medic thought or suspected I had and I think, I had surrendered and was accepting whatever would come next.

Author: GabrielaKluge
Filed Under: My story
Tags: My story
Out of control
Subdued and unaware