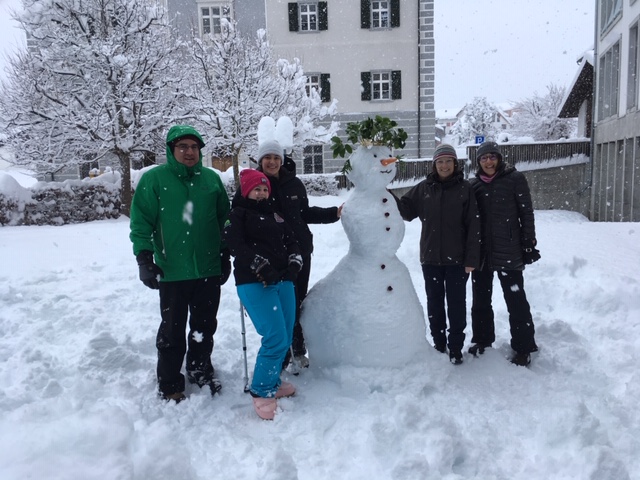 Before my emergency operation, after suffering from acute ascending aorta dissection, I had been told I looked 10 years younger than my 61 years. I had a positive attitude, would eat healthy foods and was fit and slim.  I had a great body, not any stretch marks after having given birth to 3 children and even now, I have a fairly flat belly and good figure. I had always felt good in my body and I had been grateful for it to function so perfectly, giving me no pains or causing any impediments.  It was flexible and strong, even more so after I had started with yoga about 4 years ago. I took my street bike out for regular rides. If not the fastest rider, I would manage a couple of mountain passes each year and enjoyed the physical exercise.  I liked to see myself as a fit, healthy person who was fairly successful in her job and well respected and liked by her colleagues and friends.

I felt attractive and fairly happy with myself, even on the morning of my dramatic emergency.

The operation and all the things that happened took a deep toll on my body. It was not only that I thought I could not trust it any longer and that it had severely let me down, my body had suffered in many ways. First, I had my chest opened, ribs spread apart and with it, ligaments and muscles severed in my chest. Other inner organs were affected by the operation, anaesthetics and all the medication, I was given.  From the operation and the live-saving measures, I had collected about 15 kilos of weight within a couple of hours due to water retention. I lost the water again very quickly within only a few days but along with it also a lot of muscle tissue almost everywhere. I could simply not move much during the first weeks. I ended up with not only the big sternum scar but other, smaller ones to my upper chest and to both sides where various tubes and drainages were connected.

The entire process left me extremely weak and it is amazing how very quickly one loses the muscle tissue when they are not used regularly.

By the time I was allowed and also encouraged to take small walks outside of my hospital room in the hallway, I was almost too weak to do so. It then already took a lot of my strength to get out of bed yet alone to walk any kind of distance.

While in hospital I had only worn my hospital gown and started to wear jeans and t-shirt during the day again only during the last few days before being released and once the drainages were removed.

By that time, I had stopped caring about my looks. Whereas before, my appearance had always been important to me and I would never leave the house without some basic make-up, like mascara and lipstick. In hospital and still up to the last days of being in the rehabilitation clinic, I did not mind at all looking pale and old. I was just too weak to care. Of course, I felt better when someone helped me wash my hair once in a while but I could have done without.  I needed to leave my hair to dry naturally as I did not have the strength to lift my arms to use a brush and blow-dryer.

Only toward the end of my stay at the rehabilitation clinic did I start using some mascara again. However, that did not help me to feel attractive again. I felt older and slower than the 80 year olds around me. Compared to me, they seemed to be quicker and more agile at that point. It depressed me to still be in such a bad shape.

Almost every day, I was scheduled for group exercises and trainings on the bike.  During my stay, it seemed, I did not improve very much. To climb up flights of stairs was still quite impossible up until the time I was released from this clinic and even for some time thereafter.

I had a hard time trying to find out how many of certain exercises I could safely do without endangering the wound to my chest and what kind of physical strain my aorta and heart could take without my heart rate and blood pressure rising above the limit considered safe in my case. So, I did not really improve my muscle tone.

I was concerned about every little twitch in my chest and worried about its cause. The pain and general feeling when stretching my upper torso were so different from what I had ever known. In the beginning even turning my head hurt in my chest. I was not sure how far I could turn without the danger of ripping the wound open again. Of course, this feeling changed gradually when the pain became less.  I felt a little safer as soon as the skin tissue of my chest had closed from the outside and I did not need the bandage any longer. This was also the time when I was allowed to take showers again and to wash my hair under the shower. What a wonderful improvement that was, however exhausting and tiring.  It took more weeks until I could effectively raise my arms and brush and blow-dry my hair.

Up in the Swiss mountains where the rehabilitation clinic is located, it was very cold and we had a lot of snow while I was there. While visitors and other patients marvelled at the scenery and enjoyed the snow and mountains, I was not in that state yet.

I was constantly too exhausted or my blood pressure was either too low or too high to be able to enjoy it. Although the house was heated nicely, I always felt too cold. My body needed extra time to adjust its inner temperature. Therefore, I did not like the prescribed daily group walks outside. I was cold, very slow and needed frequent breaks. After each walk outside, I always needed a long time to warm up again.

While mostly passive, without much thought about anything, I still sometimes asked myself, how, after what happened, could I ever re-identify with myself again? After this ordeal I was not sure, I would ever be the fit and healthy person again. I was sure, and the doctors confirmed, that I would from now on always have to take medication and be dependent on them to keep me out of the danger zone of either a too high blood pressure or any other condition to endanger my aorta and heart. This was extremely frightening to me. I was truly struggling with this new perspective. I had completely lost my former self and it would never come back.

I thought, I could perhaps try to become the “old” Gabriela again, just with certain flaws and limitations that I needed to learn to accept. But I was extremely doubtful that this would be the right thing to do and that there had been a reason why this had happened to me and why I had been allowed to survive.

Author: GabrielaKluge
Filed Under: My story
Tags: My story
4 months after…
How do I look – inside and out? (part II)