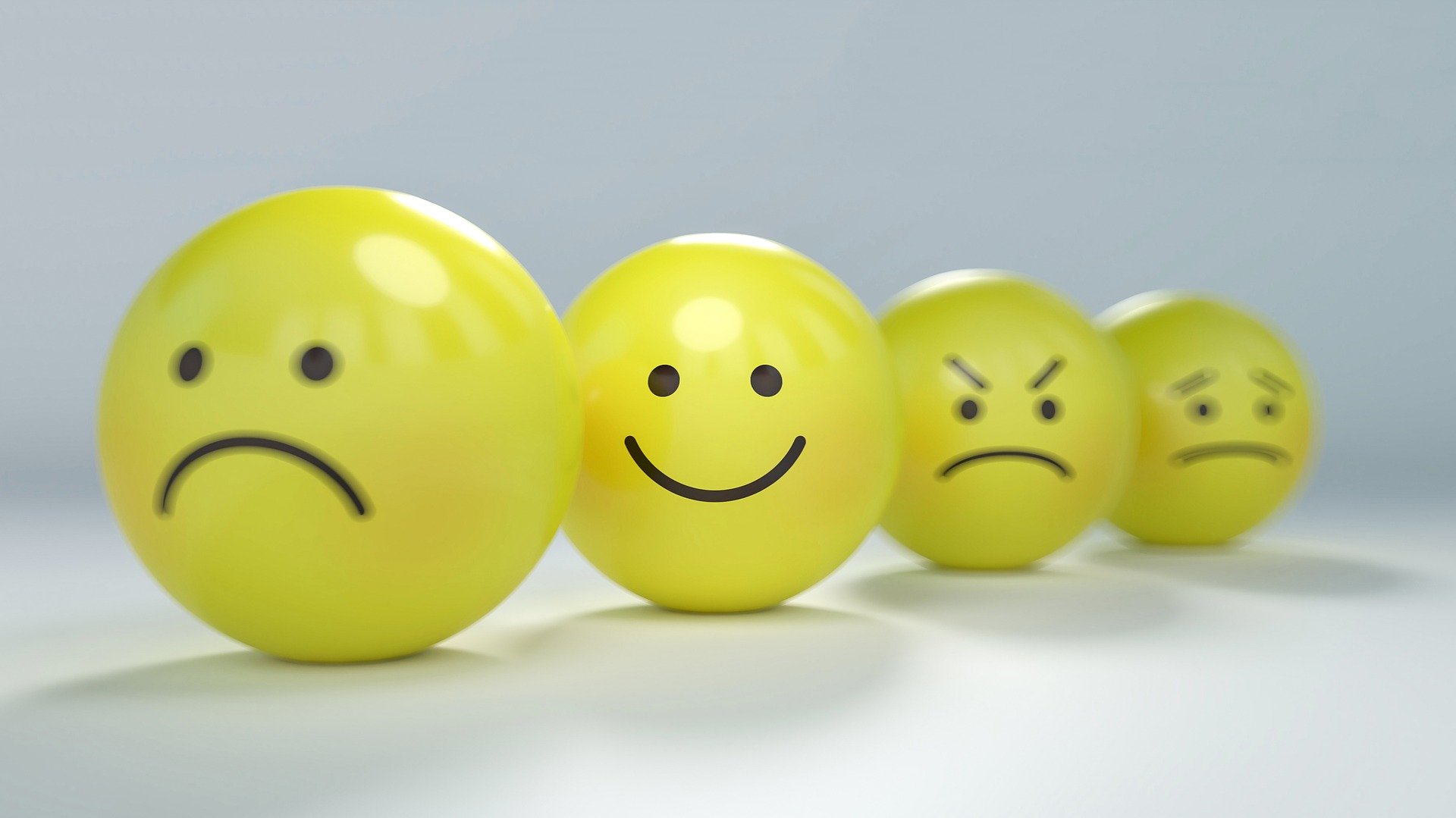 I had the most certain feeling that destiny had something else in mind for me and giving me a unique chance by surviving against all odds my acute ascending aorta dissection.

I had no idea yet where I was supposed to be heading and if there was anything to do from my side. I was just taking every day as it came and dealt with what it offered, joy, pain and everything in-between. I was open for new experiences and opportunities and tried to stay aware of possible pitfalls, like situations in which I felt drawn back to my old ways of avoiding what my body had to say or shutting off feelings which would clearly tell me right for me or wrong.  This was a process and not very easy for me to do. People in my office would still expect me to come back, recovered and unchanged.  They allowed for me to be perhaps a bit slower or less energetic but they thought this would get back to “normal” with time. I, however, became certain that my old personality now needed to be released and that from now on a fresh slate would need to be written and that a new Gabriela would eventually emerge in the aftermath of my experience. But I had no idea how this was going to happen or when.

When first returning from the rehabilitation clinic and later returning back to work, part of my job was still waiting for me to come back to. I had lost my position though, as “my” department could not be left without a manager for all these months.

I realised that this job had been a big part of who I felt I was and of my entire personality. There had not been much else.  I now needed to find out who I truly was and what I needed to change from this point onward.

Searching for reasons for my ascending aorta dissection

From the moment I was able to comprehend my situation after the operation and how close to death I had come, it become important to me to make a new start and change things in my life, thinks I had simply avoided to look at for a long time. Now, I knew that changes must happen as quickly as possible and for me there was now an urgency to it.

I felt deeply that I wanted to live a full and healthy life again but not just continue in the same rhythm as before.  This old routine had obviously not been very healthy for me, otherwise I would not have had this emergency situation bringing me close to death. I felt privileged by having survived and having been given this incredible 2nd chance.

While slowly recovering and still taking it one day at a time, I started thinking about why this had happened and why it had particularly been my aorta near to the heart. To me, there were various sides to this.

Physically, sure, the stress that day in the office and the entire previous working weekends, basically without a break, had been a part of it. And so had my instable blood pressure. But generally I had loved my job and every aspect of it. This included travelling and handling difficult and stressful situations. Still, on the physical and psychological level, I was now determined to not again let the job overtake my life as much as it had done before.

Before, I had often taken a particular problem home with me. Often, I would bring my laptop home to do more work in the evening. Or I would spend time at home contemplating an office issue and trying to find a solution, taking notes. I had taken it so far as to having pen and paper ready by my bedside, in case I remembered something I had forgotten to put on my daily to-do lists. While I generally find, it can sometimes be beneficial to change surroundings and to work in a different setting, my work from home had gotten a bit out of hand by the time I had the incident.  My body had certainly shown me in a drastic way that I needed to cut down, take better care of other issues and concentrate more on my inner emotions, feelings and desires.

Even now, I can still close off unwanted emotions of any kind easily but I had been a master of doing this to myself before the incident.

Where did my emotions go?

If, for whatever reason, I did not want to feel scared, hurt by someone, insecure, vengeful or any other, to me unpleasant, emotion, I would be able to block them off effectively. So much so that often only a bit of an unpleasant feeling in my stomach area would remain, which I could easily ignore.

I had learned to do this very early on in my childhood.

I had been a very sensitive and shy child and this way any kind of emotional pain could always quickly be forgotten.  This method had served me well for a very long time. By the time I was in my early 60s, I had perfected my ability to block off my emotions.  Now, with my very slow progress in recovering, I had time to contemplate whether I had perhaps lost part of myself by never allowing all emotions through and if I did allow some through, certainly only the ones which I judged as positive and which, to others, would portrait me as the positive and well balanced person, I wanted to be.  Now, I asked myself: “is it really healthy not to feel and not to allow much emotion?” “And is it really good to avoid acknowledging feelings, good or bad?” “And: where had I put these emotions, where did they go?”

I am well liked by my friends and colleagues. But had I ever let them see my entire self, including a spectrum of my emotions, apart from my happy laugh or a joyous smile?

There are other sides to me, the slightly unbalanced, the hectic and panicky me and also the unfair and selfish one. My experience had been, that this is not the Gabriela that people like and I had better make sure that nobody I care about could ever see this side of me, least of all acknowledge them myself. So, I needed to shut them off somewhere, even to myself.  “Is this healthy?”, I asked myself now. I started to think, wouldn’t it be better for my health to start admitting, at least to myself, that there are these parts of me which I judge to be unpleasant but parts of me nonetheless? Can it be that the obvious imbalance in my body was caused by my severely shutting out undesired feelings and could this shutting away of emotions result in illness and eventually, after so many years, my acute ascending aorta dissection?

I do not know for sure. However, there is this possibility and I had gotten the very strong feeling that I needed to make big changes, both on the physical level and on the emotional level in order to heal and avoid such drastic event from happening ever again.

I felt, it was time to let whatever I had stored away somewhere in my body, all the unpleasant feelings, resentments, fears and bad memories, finally come to the surface and be acknowledged by me. People write about causes for illness and their claim that the body always draws attention to what needs to be changed made absolute sense to me. These would be the physical symptoms and we are invited to take first a good look at them and try to understand their meaning before making them go away by some medication.

In my specific case, can this lack of feeling and avoidance of listening to my body have been the cause for my life threatening aorta dissection? Had I overlooked specific warning signs by just shutting them away with the rest of my unwanted emotions? How can I be sure and how can I access the shut off emotions and thus perhaps let some of my unpleasant and painful experiences heal? There must be so incredibly many by now! All these feelings that I had never allowed myself to have – with the many experiences, good or bad, in my life and so very little emotion to bring them all to life and to make them real. I had not been entirely without emotions, of course. I showed just enough to make me appear “normal”. I wanted to be normal and fit in wherever I lived. I tried, therefore to behave exactly as my friends and colleagues would. I copied them. I was always afraid that if I behaved differently in any way I would not be liked and they would stop wanting to see me. Realising this, I suddenly, felt really fake. Had this behaviour been making me sick in the long run? I had read something about this before and now it suddenly started to make perfect sense to me.

The going back to past events in my memory and to feel my own emotions for the first time, as well as some emotions from others was a very painful and challenging experience. It started with some memories from my early childhood and randomly, I would suddenly be catapulted back to a specific scene, long ago. I began to feel the pain, the fear and sometimes guilt about my own actions in different situations which I had run away from my whole life. And for good reason. Running away and shutting off seemed easier and less painful in these situations but, as I know now, with the consequence of either it haunting me at some time later or causing illness and even coming very close to dying, all caused by my massive denial.

I do not know whether experiencing emotions and opening up to them is going to prevent me from getting sick again. But I do not seem to have a choice. When emotions come up, I am trying to not make them go away any more. This is continuing to this day. I am, of course, afraid of going back to the old pattern by shutting myself off. It is still possible and easy for me to fall back to.

And I think, I might never be done remembering and emotionally experiencing past events. I find that I had forgotten important events of my life altogether, not only the emotionality of them.  From somewhere in my body memories come up and I am invited to live through them again emotionally. As I mentioned before, these seem to be the memories and unfelt emotions, judged by me to be unpleasant and therefore I had made them go away. I am extremely afraid of experiencing them but what if all these unfelt emotions, all shut away for fear of experiencing them are being unconsciously remembered by one of my inner organs and what if some were stored in the ascending part of my aorta and caused it to break on that particular day in the office, at that particular time, because the emotions and their pressure could no longer be contained by me.

While in the rehabilitation clinic, it became clear to me that I had to initiate certain changes in my life in order to avoid falling back into old patterns again. So, I started first by taking a good look at my home situation.

Author: GabrielaKluge
Filed Under: My story
Tags: My story
How do I look – inside and out? (part I)
Not alone!