I was meant to live 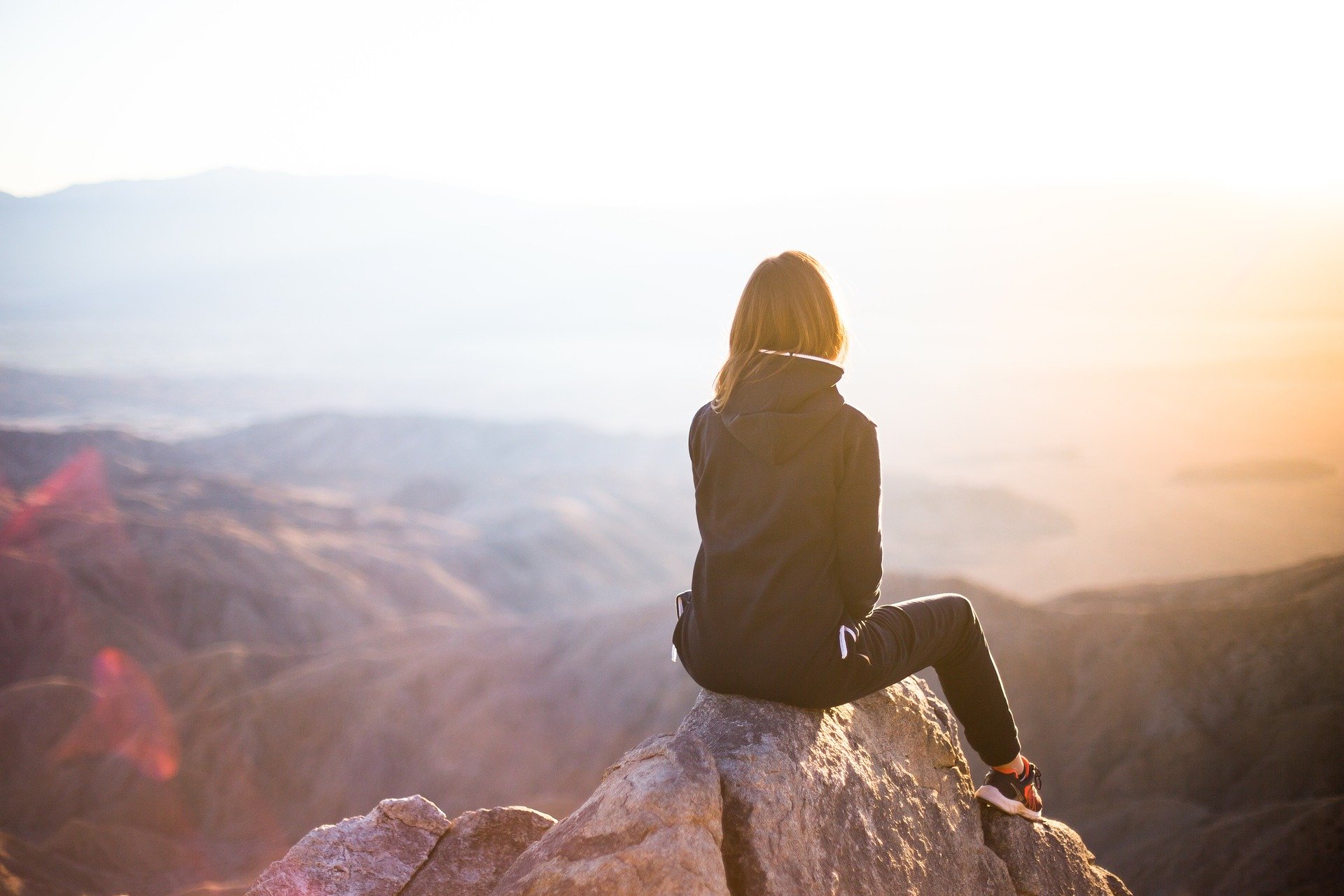 A dramatic change in me has been happening ever since my near death experience on 26 November 2018.

I had been very different before it happened – A person searching to find meaning in life and to trying find a true purpose.

Since that event, I clearly feel the purpose and I know how incredibly guided I am. Ever since my incident, life has a deep meaning for me.

In my posts over the past months, I have written about my life threatening emergency, leading up to it, the circumstances and my recovery.

I have also written about how the events enfolded and how miraculously I was saved from certain death.

What I have not clearly written is how I truly feel about these events and how extraordinary my experience and aftermath has been for me, my family and for my friends. I was, without any doubt, meant to survive, despite the fact that under normal circumstances, the odds would have been extremely slim.

Although, my new life plan has not shown itself to me entirely, writing about my experience seems to be part of it. I keep writing and publishing because even though you might not have had the same experience and not been in any life threatening situation, you might be able to relate to what I am writing and might even recognise in you a certain nagging, coming up irregularly to tell you that something in your life is not on track. This might hardly be noticeable – just a faint inner feeling which you do not dare to knowledge because if you did, actions would need to follow.

I have had this nagging feeling for years – until it came to this inner explosion, ripping my aorta apart.

I had huge help that day from forces I cannot exactly name and I continue to have this help ever since. I only realise now that, in my case, the orchestration in every small detail, including its preparation, had already started some time before the actual events and continued on the day to create the circumstances that saved my life.

I know that we are all guided and supported all the time and if we listen to these forces, our inner voice, angels or something else, depending on our religious background, we cannot go wrong.

It is clear to me that a very strong higher life force took charge of me on that day.

If you would prefer to call it luck or a series of coincidences, that is ok.  I would, however, question whether that would at all be possible.

On the contrary, I am absolutely certain that this to the minute precise orchestration of circumstances had been part of a higher plan for me to have this drastic experience, survive it and become more aware in the process. And to be finally willing and able to live my life plan.

Why am I so certain?

Events started in the office, with professional people around – had it happened in the car, about 2 hours earlier, I would possibly have caused an accident and by the time the ambulance and emergency doctors would have figured out the cause for the road accident, I would have been dead.

Had it happened at home, by myself, I would not have been able to call for help because I was in pain and confused. Very quickly, my brain was insufficiently supplied with oxygen because of the beak in blood flow.

It could also have happened while I was out for a quick walk uphill in the dark before driving to work. I had chosen a secluded path and did not encounter any people that day, early in the morning.

I had been the last person to report to my colleagues during our weekly Monday morning meeting. Right before it was my turn, my new colleague had asked whether we had a medical emergency protocol in place just in case should anyone suddenly fall ill in the office. She went on to tell us that she was a diabetic and explained in detail the procedure should she fall into sudden hypoglycaemia shock and what we should do. She even showed us her emergency medical kit. We then talked about setting up a form with individual information about who to call in case of an emergency, next of kin, etc.

Needless to say that after talking so intensely about this subject, all of my colleagues were quite sensitised and alerted regarding emergency procedures.

Right after that, it was my turn to report and suddenly, I fell ill.

The pain started, I asked to lie down, everyone of my colleagues was taking this seriously and started to act in a very calm and professional way to make me feel comfortable. Although none of us are doctors, we are working in a medical environment all day long. Some of us have worked in this field for many years, dealing with doctors on a daily basis and this had doubtlessly given my colleagues the necessary edge to act their part in this life-saving orchestration that day.

While I was not clear on what to do any more, my colleague was and called the ambulance.

Next, the medics came and precisely acted out their intended roles in that they decided to wait, reach out to my family doctor and heed his advice. The normal procedure would have been to drive the patient off immediately to the nearest hospital. However, my family doctor was reachable at once, despite his busy practice on a Monday morning. He ruled out a heart attack or a stroke, which would have been the most obvious first diagnosis with the symptoms and which would have killed me.

Then, the emergency doctor who was called in, decided on sending me to a specific hospital and against the obvious and nearest choice. The nearest hospital would not have had the expert team ready to operate immediately.

Amazingly, when I arrived at the other hospital, I was immediately wheeled into a room where an entire team of nurses and doctors were already waiting for me. They were prepared and started procedures. All was set up for me. The experienced cardiologists were right by my side and ready to act. Isn´t that most unusual?! I was not asked any questions, but was gently and professionally undressed, the hospital gown put on and given the anaesthetic. This took only a couple of minutes.

The rip in my aorta had started directly above the heart valve, tearing upward to include the artery that also feeds the brain.

This is why I had this peculiar failure to speak in one language but not in the other and was unable to articulate some words that were in my head but I could not voice. Further, paralysis due to the lack of oxygen to the brain would have been likely, as well as a permanent speech impediment, as I later heard from people who had suffered this as the cause of such an event.

I experienced none of it. After I was woken up, I could immediately speak again as before and had no signs of paralysis. So, whatever brain damage had happened due to the lack of blood and oxygen, it had simply disappeared when I woke up!

And, although the heart valve was initially affected due to the restricted blood flow and backflow to the heart, the valve had miraculously started pumping again normally after the aorta was fixed and I had come off the heart-lung machine during the operation. I was spared the need for an artificial heart valve.

Of course, I was in a bad shape when I woke up, my lungs had collapsed and had needed to be drained from fluid. Two days after the operation, the doctors detected that fluid had retained in my heart and I was prepared for another operation. However, already under the anaesthetic, another scan was performed from a different angle and it turned out that the amount of fluid in my heart was still below the dangerous level and I was woken up again without an actual operation.

I was extremely weak and needed to learn to be patient with myself. It would take many more months until I would feel only halfway as lively as before. And I would have continuous anxiety attacks, especially at night, and there would be numerous calls to the emergency number for help because my blood pressure would go haywire for no reason or I would suddenly feel unwell in some unfamiliar way, would feel my heart beat irregularly or some other symptom would appear, which would throw me into a panic attack.

It only dawned on me much later how guided and protected I had been. Even now, I often find it hard to comprehend the enormity of what has happened and what my chances of survival had actually been.

Not only that, I only started to realise months later, when I could find the courage to actually read the operation report and later felt the desire to connect to other survivors of such an emergency on facebook where they share their stories, how extremely well I am doing overall, compared to many others. Of course, I realise that no two cases are ever the same. But I also realise that what I experienced and how I was saved, truly makes it special.

To me, this is obviously my second chance.  I am much more open to guidance and letting my inner feeling and life force take over. I made this conscious decision deep inside of me.

Enfolding events and encounters with people since then have shown me that I am guided and sometimes pulled in a particular direction, sometimes to do certain things or sometimes to rather let other things pass me by – right now, I have no idea where this is leading but I am taking it one day at a time.