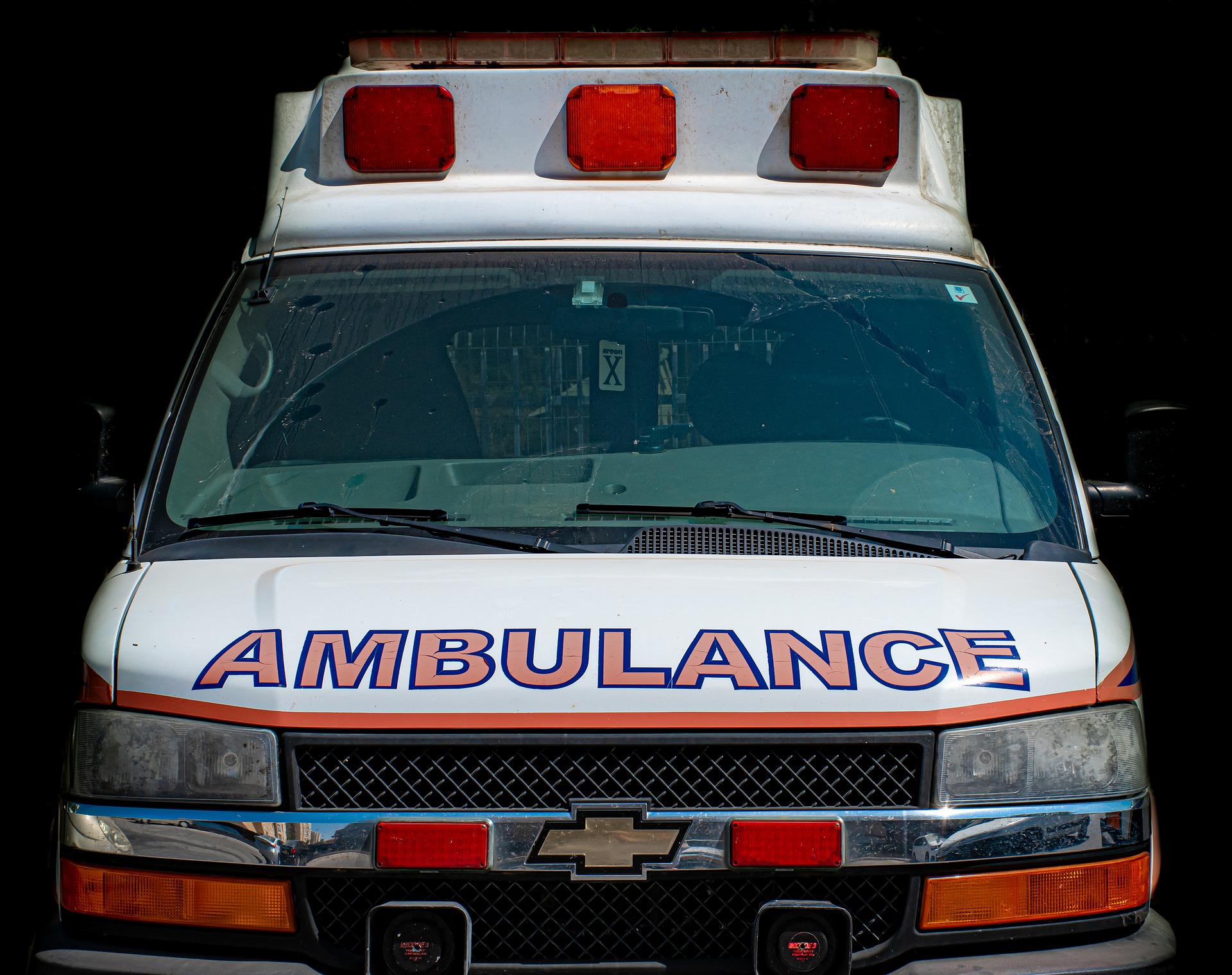 People sometimes remember, after having had a near death experience, what their last thoughts were or tell of having gone back in time to their childhood or seeing their whole life before them. I do not remember any of that. I did not even think about my children or my youngest son, who was due back from a visit in Germany at his father’s house. I was simply not aware that I was dying.

When the medic got up to the 3rd floor and started to ask me some detailed questions about which medication I was taking regularly, I first realised, that I could not give the name of the blood pressure medication nor could I say the name of my GP or explain about other examinations I recently had had. Even though the answers were very clear in my head and I knew the answers to all questions, I could not form them into words. I had answers in my head but could not voice them. I would say, “I know the name of my GP but I cannot tell you” and “I know the hospital, I have had blood pressure tests at but I cannot say the name”.  This was scary.  Also, my jaw hurt more when speaking, actually the entire neck and jaw area hurt. My colleagues were trying to help and were looking for clues about my family doctor and medication in my purse. They found my mobile phone and luckily I was still able to tell them my password.  They found the number of my 19 year old son, who had used his Monday off work to visit his father in Germany for a long weekend.

When he picked up the phone, he was just getting ready to take the 4 hour train ride back home. He was able to give the name of our family doctor to the medics.

When the practice was called, that very busy GP came to the phone immediately – I cannot begin to describe how lucky that was! Imagine a busy practice in the middle of the morning. Lots of people in the waiting room, assistants running round distributing patients to the examination rooms, doing blood tests and x-rays, asking the doctor about medicines. He normally does not take calls during such a busy time, especially on a Monday! But he did pick up the phone!

People my age with a stressful job normally suffer a heart attack and my symptoms were not specific enough for the medics to point to one diagnosis or another.  I would be dead now had they suspected and started treatment for a heart attack.

When the medic described my symptoms to my GP, he said immediately: “This woman does not have a heart attack – it must be something else. She does not have any of the risk factors apart from the slightly elevated blood pressure! Get her to the hospital with a heart unit immediately!”

With this information, the medics were now also looking for a different cause. This helped to identify the true problem much quicker. I remember asking the medic whether she thought I had suffered a stroke because of my restricted ability to communicate. She said, no, she did not think so and that it must be something else.  They had no clue at this point. I was still dying.

When the medic measured my blood pressure, it was extremely low. My brain was no longer receiving enough blood – why, they did not know yet.

I continued not to be able to speak properly and could not come out with the words and details they were asking me for.  I remember getting slightly annoyed with one of my Swiss colleagues when she reminded me to speak in German with the medics – I had a hard time doing it. I could not switch between German and English as easily as I was used to. We usually speak English in the office and the meeting that morning had been conducted in English. Also, one of my colleagues continued to speak to me in English, whereas the other one spoke German and asked me to speak in German with the medics – but I was no longer able to switch so easily.

I speak both languages fluently. After growing up in Germany in Hamburg, Germany´s 2nd largest city with a big harbour close to the North Sea, I have lived in the some of the largest metropoles of the world and during the many years, English had become my first language, the one I used more than German.

I love to live and immerse in different cultures and live styles. I also like the diversity of people and I love to be in nature, so different and changeable from one area of the world to the next.

Although I could still notice that I was shaking of cold and/or anxiety, my perception of reality was already reduced. I remember only vaguely that I was put on a drip and that somebody was holding it up.  I actually only remember one medic and not the 2 which were tending to me, as I was later told. At that time, the pain was not so bad anymore and as long as I wasn’t asked questions I could not answer, I did not care very much about what was going on around me.

The medics were getting ready to take me to the hospital but were apparently still discussing over the phone to which one and an emergency doctor was also called in to support the medics. He had arrived when I was already waiting in the ambulance and assessed the situation. He took the decision to head for the hospital with the most advanced heart unit in the area and have a team of experts and nurses on stand-by for an emergency operation. I have no recollection about these details at all and was still quite happy in my subdued state if awareness. The decision to take me to that particular hospital helped save my life.